A Game of Thrones – Genesis, the new strategy game developed for PC by Cyanide, today unveiled 5 new screenshots. In addition, Focus Home Interactive revealed that the game is planned for a September 29th release exclusively on the PC. You can view the new images after the jump.

Faithful to the world imagined by George R.R. Martin, A Game of Thrones – Genesis emphasizes the backstabbing and political intrigues which are common in Westeros and the fight for the Iron Throne. Command the assassination of an opponent’s Great Lord, set up secret alliances, send a spy to take the place of the opponent’s unit, or harass his trade routes to weaken his economy. Treasons, espionage, kidnapping and ransoms… treachery is everywhere, so always watch your back.

It is also very possible, by cleverly using all the low blows the game allows you to use, to earn victory without ever entering an open war or recruiting any army. A real first in a real-time strategy game!

Of course, military approach is valid as well! Raise an army, besiege enemy villages and castles, force them to submit to your rule, and crush all resistance. You truly have all options at your disposal to achieve victory and reach the Iron Throne!

A Game of Thrones – Genesis will release for PC in retail and digital stores on September 29th. 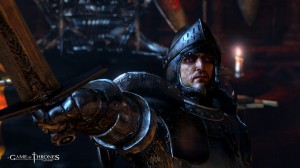 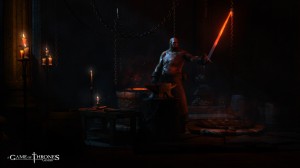 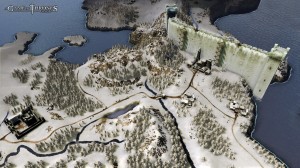 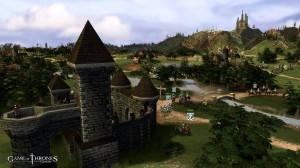 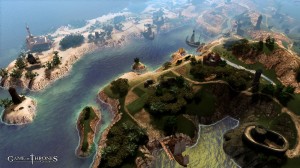