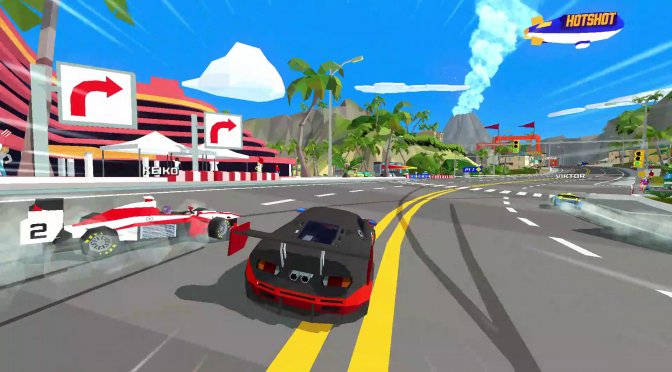 Curve Digital announced that its 90s arcade racing game, Hotshot Racing, will release on the PC on September 10th. In order to celebrate this announcement, the teams released a new trailer that you can find below.

“This game has been on a massive journey for the past decade; from the initial concepts to Kickstarter pitch and now on the final stretch to launch. We can’t wait to see all the in-game leaderboards light up with the fastest times from players and see multiplayer servers full to the rafters! We have plans for this game past launch as well. Therefore, it’ll be great to see what the world thinks of the game post-September 10th.”

“As soon as we saw Hotshot Racing we absolutely fell in love with the concept. Working with Trevor on the game’s development has been a fruitful and joyous experience. Sumo Nottingham is known for producing some of the most beloved arcade racing experiences on the planet and we believe Hotshot Racing stands proudly side-by-side the best racing games we’ve developed.”