A Twitter account surfaced two weeks ago, suggesting that 3DFX Interactive would be coming back. Now the reason we did not report on this was because it was fishy as hell. And we were right as this was a trolling attempt and nothing more.

According to that trolling account, Jansen Products acquired the 3DFX’s assets in mid-July. And when I read that name, I immediately deduced that this was someone trolling people. After all, NVIDIA’s CEO is called Jensen Huang. See the similarities? Jansen… Jensen.

Yesterday, the trolling account issued a press release that was full of errors. I won’t be posting it as it doesn’t really make sense to share fake press releases.

After getting some of the media’s attention, the Twitter account revealed that it was basically trolling and that there wasn’t any “Jansen Products” company.

I mean, the writing was on the wall. And don’t get me wrong. As a big 3DFX fan, I’d really love to see that lovely spinning logo once again on my screen. But let’s be realistic here, this won’t ever happen.

And that is that. 3DFX Interactive is not coming back. 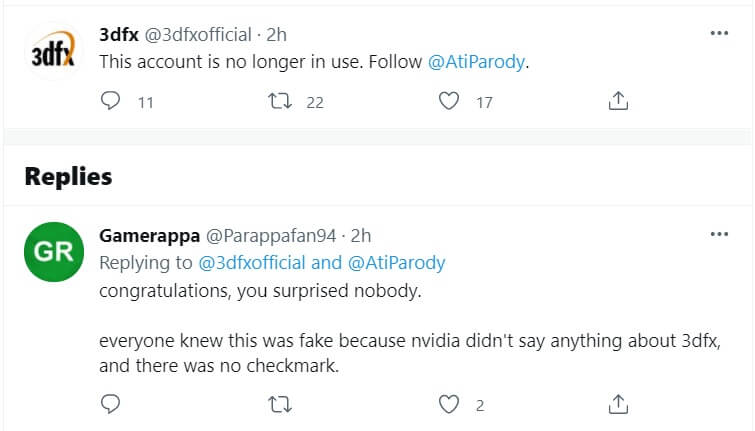