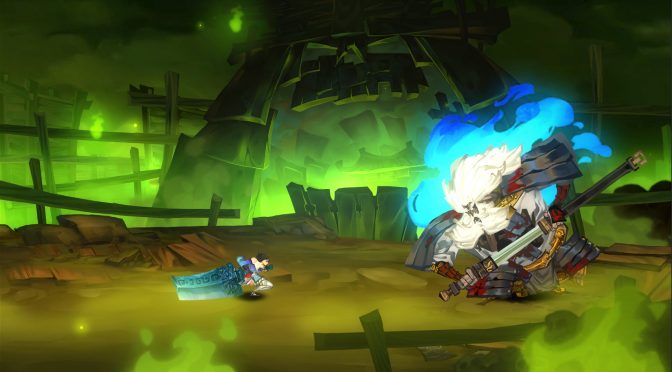 Next Studios announced today that Bladed Fury, their 2D hack-and-slash game with a unique ancient Chinese art style, is now available on Steam for $9.99. To celebrate the launch of the game, a 30% off discount is offered for a limited time.

Bladed Fury sets the story in Warring States Period of China, where a princess of Qi Kingdom has escaped from the Palace. With the help of her friends, she acquired the power of “spirit” and then finally acheives revenge. Bladed Fury aims to combine Chinese ancient art style and fantastic music, adding comic strips to frame a grand world background.

The game features a 2D side-scroller beat’em up battle experience, and players need to use strategies and skills to fight against different enemies. The game’s original Soul Sliver system, dual weapon switching, flying props rebound, absolute defense and other systems allow players to master the rhythm of combat. The game also has many challenging levels with max difficulty, so players need to take time to overcome them. Additionally, the game features puzzle, maze and runner modes to enrich the player’s experience.