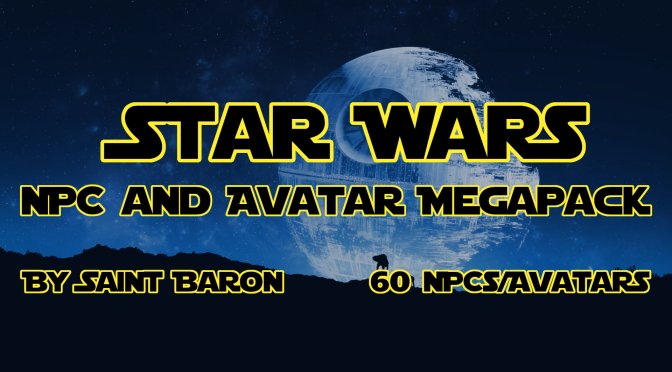 Saint Baron has released a pretty cool mod for the VR game, Blade & Sorcery, allowing you to fight 60 characters from the Star Wars universe. So, thanks to this mod, you can fight in VR Luke Skywalker, Darth Maul, Palpatine, Yoda, Obi-Wan Kenobi and more.

Needless to say that we highly recommend downloading it (you can do so from here). On its NexusMods page, you can also find the entire list of characters that are featured in it. Basically, the Star Wars NPC and Avatar Megapack features the most iconic characters from the old and the new era.

In future versions, the modder plans to add blasters (when and if they become available). Additionally,  he may add voice lines to make fighting more immersive.

Furthermore, Robot/Metal/Droid NPCs bleed and make flesh sounds when hit. As the modder noted, this is due to the current limitations of the Custom Avatar Framework. However, the modder aims to update the mod once – and if – this feature becomes available.

Lastly, you can find below a video that showcases this Star Wars mod in action.