A team of modders is working on an ambitious project that aims to cover the entire trilogy of the Halo games, called Halo Reborn. Halo Reborn will be using the Halo: The Master Chief Collection Engine, will take advantage of photogrammetry, and here are its first screenshots.

Halo Reborn will be using photogrammetry, 1k-4k textures, new foliage, skyboxes, and more to create beautiful vistas and environments. Furthermore, the team plans to revamp/improve all characters, vehicles, and weapons.

The modding team will be creating completely new levels and level layouts. As such, some things will appear in different places. The team also claims that it may cut some things (like for instance the large amount of backtracking in the first Halo game).

The team also plans to revamp the sandbox of the series. While the Halo gameplay loop will remain, it will still make additions and tweaks to open up for new possibilities.

Again, this sounds really ambitious and you should not expect this mod to come out anytime soon. Realistically, we are looking at a 2024 release (and I’m being optimistic here).

Anyway, take a look at these first screenshots and its gameplay reveal trailer, and stay tuned for more! 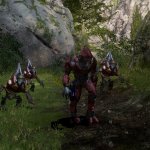 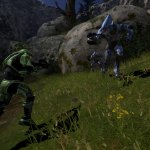 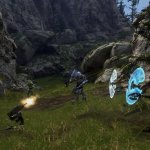