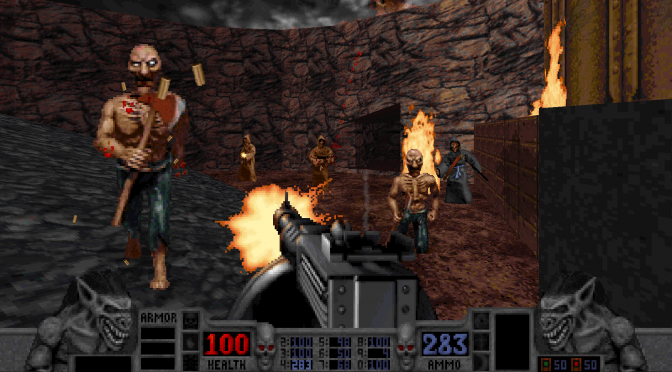 Version 1.0 also optimizes the blood splatter from explosives, reducing the lag when blowing up lots of enemies at once. Moreover, it adds new blood spurt impact effects for HITSCAN damage on flesh material types. Furthermore, it adds a new debris system that will create material-specific debris when explosions impact surfaces that last for a maximum of 1 minute before being removed. Not only that, but it adds new sprites for various particle effects for blood, explosions, fire, souls, and adds lots of new map object voxels.

This is a really cool mod that most Blood fans should be using. You can download Blood – Extra Crispy from here. Below you can also find a video showcasing this mod in action.