I honestly do not know why, but I’m really fascinated by eras I never lived in. Bioshock caught my attention since the first moment I started the game, L.A. Noire was incredible in recreating investigations from the 30s, and Mafia was a masterpieces when it came out. 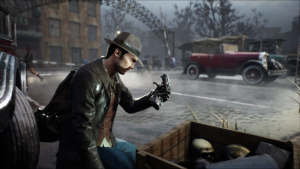 So naturally, I was stunned the moment I laid eyes on The Sinking City at Gamescom. 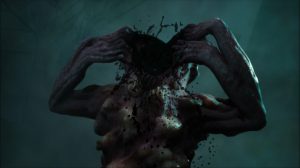 Set in the period of swing and Fedoras, player will control Charles Winsfield Reed, a detective with a strange past (full of insanity and asylums) which someday somehow brings him to a city called Oakland. This city is nowhere to be found on any map and seems to slowly sink in the sea. 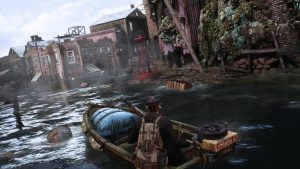 We did not receive many informations about the city itself, but we saw the dedication that was put in to recreate the atmosphere from the 30s. The game’s open-world environment is really great, even though it’s still in an Alpha stage. In addition, the game borrows themes from horror literature. For example, Lovecraft’s works are included in the game, creating a mysterious atmosphere surrounding every corner. 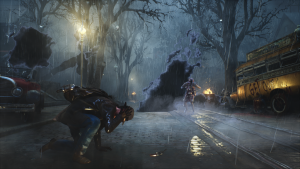 Frogwares and Bigben only showed one side-quest, called “Silence is Golden”. In this quest, Reed ran to the local library were one of his friends needed some help because something or someone literally and physically sewn her lips. 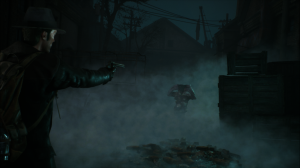 As such, Reed will have to go where she lives, check what happened, put together all the pieces of the mystery and solve it.

In the final game more missions and side-quests will be present, the visuals will be further polished and improved, and many endings will be added. 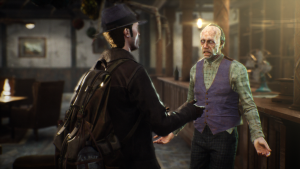 Think of this game as a cocktail made of L.A. Noire with multiple choice dialogues, point and click adventures with its puzzles, lovecraftian themes with its monsters and mysteries and third person action games. It looks cool and lovely and I can’t wait to see the final game in 2019!