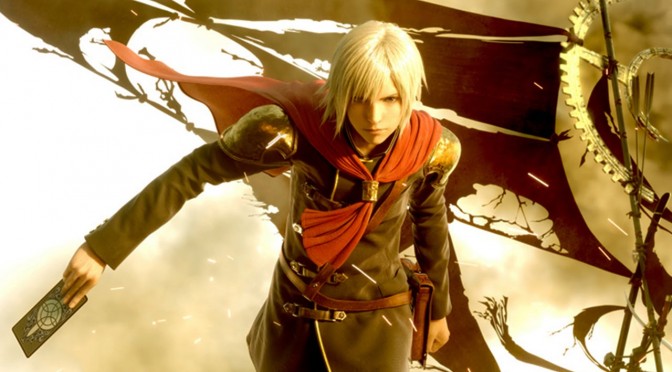 Final Fantasy Type-0 HD has just been released on the PC, and below you can read our First Impressions of it. Naturally, you can also find a video with the first 10 minutes in order to get an idea of what this new FF game is all about.

As we’ve already said, Final Fantasy Type-0 HD comes with some really bizarre and awkward features. While Square Enix has implemented some new graphical effects and added some options to tweak the game’s visuals, it still managed to anger a number of PC gamers with three really frustrating issues:

It’s funny because Final Fantasy Type-0 HD had a lot of potential. If Square Enix put a little more effort to it, we would definitely recommend this game to everyone.

For starters, Final Fantasy Type-0 HD features a more mature and dark theme. That’s a nice change, and something that we really appreciate. It’s a step towards the right direction.

Moreover, Final Fantasy Type-0 HD has abandoned the turn-based origins of its predecessors (FF 3-9 era) and can be easily described as an action RPG. Combat is in real-time and for the most part feels smooth and fun.

As said, the game does not support mouse. Not only that, but there is no way to remap the keyboard controls. Therefore, we strongly suggest using a gamepad. While third-person games are more enjoyable via mouse+keyboard (as you can more easily use the camera and spot environmental details or spot your enemies), Square Enix dropped the ball on this one.

Performance wise, Final Fantasy Type-0 HD runs fine on most PC configurations (provided you do note use the higher amounts of anti-aliasing). With all options maxed out and AA set at Normal, our GTX690 (which behaved similar to a GTX680 due to the lack of an SLI profile) run the game without problems. With AA set at High, a single GTX680 is able to run the game with 30fps, although there were some frame-rate drops. With AA set at Highest, a single GTX680 is simply unable to offer an acceptable performance (15fps).

Graphics wise, Final Fantasy Type-0 HD looks on par with most old-gen titles. Obviously, this was to be expected as Final Fantasy Type-0 was originally a PSP title. However, for what is being displayed here, we’d expect the game to run better (even when downsampled from 2880x1620).