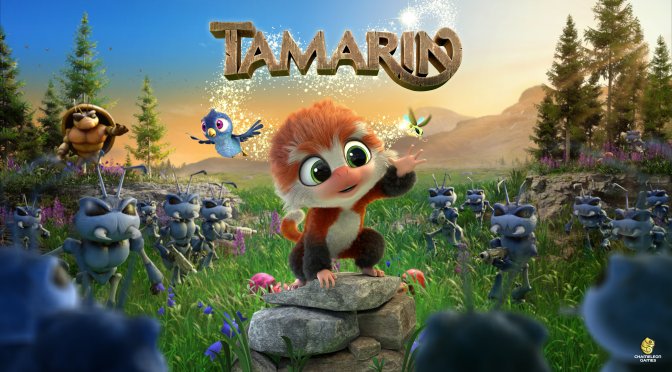 A new trailer for Tamarin came out last week. Tamarin features a unique gameplay mix that alternates between 3D-platforming and exploration, and third-person shooter gameplay. The game is inspired by the more open 3D adventures from Nintendo and Rare, and by nature and all the wonderful plants and animals in it.

Here is the game’s description according to Steam:

“Explore, leap and shoot to save your family from the insect invasion!

Leap into action and discover nature in Tamarin, a third-person action-adventure set in beautiful Nordic scenery, starring the world’s cutest monkey. Pollution and destruction from ever-expanding insects sets the agile monkey into a fight for his family’s survival.

Explore an incredible interconnected 3D world, brimming with primate platforming and bug-splattering shooter action. Leap with the agility of a tamarin as you journey into the Northern wilderness on scenic routes through forests, fjords and mountains. Along the way you will chase mysterious electrical fireflies, discover a secret underground world of dancing ants, rescue innocent birds, and restore the tamarins’ once idyllic natural habitat.”