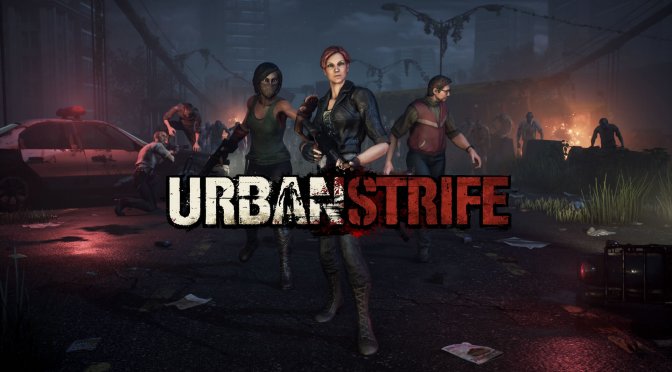 Urban Strife is the upcoming turn-based survival RPG from White Pond Games. The company was founded by two ex-Ubisoft game developers. Their portfolio includes titles from the Assassin’s Creed series, and from Tom Clancy’s games. They have also worked on other titles such as I Am Alive, ZombieU, and more.

The developers are huge fans of the TBS RPG genre, and they also love The Walking Dead TV series. Thus, they decided to combine turn-based, role-playing and zombie apocalypse survival in Urban Strife. They team promises advanced AI programming, quality level and asset design, along with rich story and wide support for community modding.

Urban Strife will feature old-school isometric turn based combat. The level design will have tactical flexibility, in order to provide options to the player. Weapons will be customizable with attachments, which can be looted of crafted. Urban Strife will also feature stealth based on dynamic view and hearing range.

Since this is an RPG you will be able to create your own character, and unlock specialist abilities through skills and perks. You will also get access to a fortified base with plenty of upgrade options. Lastly, Urban Strife will feature real ballistics, full range melee, unique horde AI, crowd pathing, and full modding SDK.

Below you can watch the official trailer for Urban Strife.

Urban Strife will be released next year.