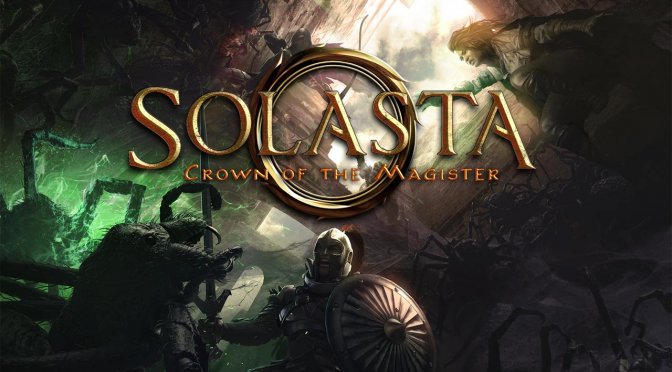 Solasta: Crown of the Magister is the upcoming turn-based tactical RPG from Tactical Adventures. The title is based on Dungeons and Dragons SRD 5.1 Ruleset. Thus, players will make the choices and the dice will decide their fate.

In Solasta you will explore ruins and dungeons for legendary treasures. You will also learn the truth of an age-old cataclysm, and it will be up to you to stop it from happening ever again.

Use the Character Creation Tool and create your very own party of heroes in the classic tabletop RPG tradition. Give life into your adventurers and watch their personalities reflected in their dialogue. You can tailor your party to your preferred strategy, and maximize your squad’s abilities.

While you delve into the forgotten dungeons you will need to stay watchful of light and darkness. The darkness is dangerous, but a light can attract undesired company. Enemies may have darkvision, while others may flee from your torch.

Fight the horrors in a squad-level, turn-based, tactical combat. The game features a dynamic environment, giving the player some interesting tactical options. Collapse a bridge, or push walls on top of your foes, the choice is yours.

Below you can watch the Early Access trailer for Solasta: Crown of the Magister.

Solasta: Crown of the Magister will be released in Early Access on October 20th.