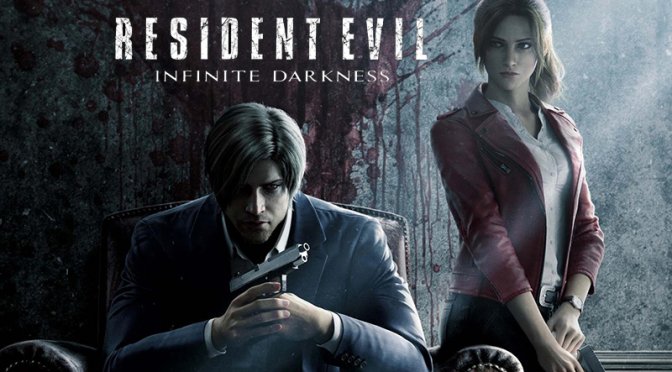 It looks like Capcom is going all out to celebrate the 25th anniversary of the Resident Evil franchise. They already shared several new details regarding Resident Evil 8, which is the next installment in the series. Resident Evil 8, a.k.a.Village, will be released sometime in the next year.

Capcom is reportedly also working on another remake, Resident Evil 4. I bet this is probably true, because it’s only logical for Capcom to continue remaking the beloved old classics. Especially when Resident Evil 2 Remake was such a success.

Pretty soon we are going to have a new animated Resident Evil series on Netflix. Which sounds and looks pretty good, and I’m very glad this is not a live action TV show, or a movie. We have enough of those abominations of a movie, but Netflix seems to disagree.

Netflix has already announced a live-action TV series from the same producers of the films. The series will feature an original story, set across two timelines within the Resident Evil universe.

The first timeline will follow the story of Jade and Billie Wesker in the New Raccoon City. The second timeline will be sixteen years into the future, where the T-virus has taken over the world. Sounds like a disaster waiting to happen, but I will give them the benefit of the doubt.

Resident Evil: Infinite Darkness will revolve around Leon Kennedy and Claire Redfield, the protagonists of the Resident Evil 2. Hiroyuki Kobayashi will be producing and supervising the series. TMS Entertainment, which you might know from Akira and Lupin the 3rd, will also take part in the production. Finally, Kei Miyamoto, producer of Resident Evil: Vendetta movie, will be in charge of the animation.

Below you can watch the Resident Evil: Infinite Darkness teaser trailer.

Thanks Engadget and The Verge.