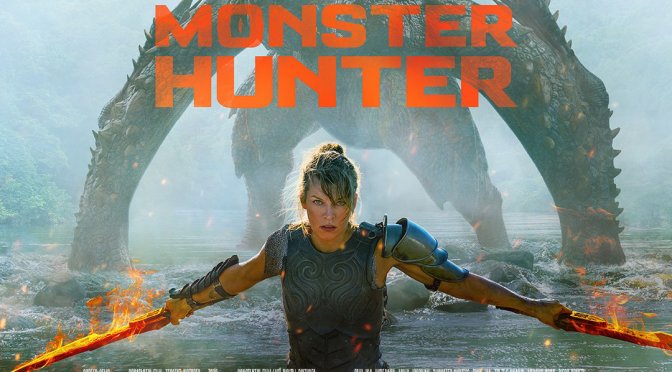 Sony Pictures Entertainment recently released the official trailer for the upcoming movie Monster Hunter. The movie is loosely based on Capcom’s beloved video game series, Monster Hunter. It is written and directed by Paul W. S. Anderson, and his wife Milla Jovovich will be starring as Captain Natalie Artemis. Monster Hunter will be released on December 30th.

According to the director, the armor and weapons of the Hunters, will be based on the equipment from the game series. He also stated that at least one character will wear a mismatched set of armor. Which reflects on the player’s ability to wear whatever he likes within the game. Something that makes perfect sense in the game, but in a movie, I do not know.

All the monsters in the movie will look very similar with the monsters from the games, including the series’ signature monster the Rathalos. “The apex monster of the Ancient Forest, also known as the King of the Skies. A fierce wyvern that descends upon invaders, attacking with its venomous claws and fiery breath.”

Lastly, Monster Hunter will feature palicos, the trusted cat-like companions of the Hunters. Meowscular Chef, the Admiral’s own aide,  will also be in the movie. I can’t say much about the trailer, nor about the general idea of such a Monster Hunter movie. However, the monsters in the trailer do – look – amazing, so I guess that’s something.

You can watch the official trailer for Monster Hunter below.