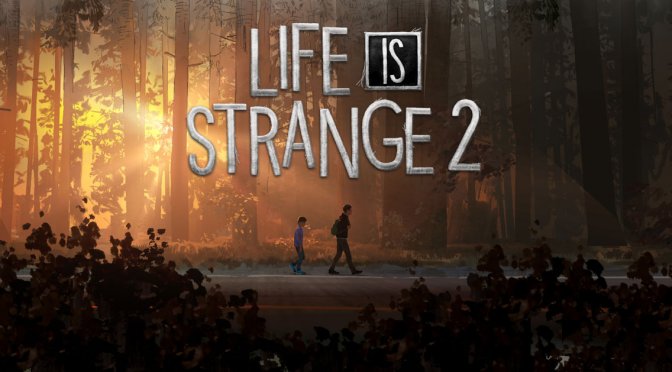 Life is Strange 2 will be finally complete in December. The fifth and final episode will be available on Steam. Life is Strange 2 is an episodic graphic adventure game. Published by Square Enix and developed by Dontnod Entertainment. You probably know the developers from their previous games, such as Vampyr and Remember Me.

The first Life is Strange was pretty good and I did like it overall, it was fun. I’ve only played the first episode of Life is Strange 2, so I cannot really make a proper comparison between the two.

These games are all about the story and dialogue, since gameplay is rather minimal. So far the story is interesting, but without playing all of the episodes is impossible to come to a conclusion. So let’s hope that Sean and Daniel will earn the asking price of the game, which right now is twenty dollars for the whole season.

Sean and Daniel have reached the end of the road. The border is close. One last, brutal gauntlet of challenges is all that stands between them and their goal.

Caught between responsibility and freedom, surrounded on all sides, can Sean find a way out of an impossible situation? And more importantly, in this moment of crisis, will Daniel still follow his lead?

Every decision Sean has made, every lesson Daniel has learned, every friend and foe they’ve met along the way: they’ve all been leading to this.

Life is Strange 2 episode 5 will be available December 3rd.