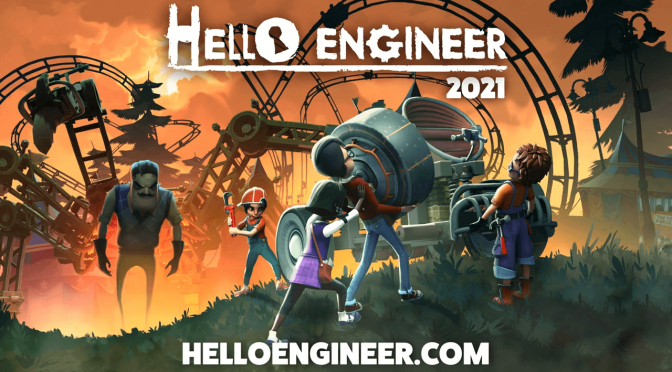 Hello Engineer is a multiplayer construction game set in the same universe of Hello Neighbor. It’s basically a spin-off, and although it will come out on the PC, it will be initially time-exclusive to Google Stadia. Hello Engineer will be released next year.

In Hello Engineer you scavenge and craft contraptions in the sandbox world of a mysterious amusement park. You’ll need to cooperate with others in order to build awesome machines from scrap, and at the same time you will have to avoid the Neighbor.

The plot of the game centers around a group of kids from the Raven Brooks’ inventors club, who went to the abandoned amusement park to scavenge for resources to win the state inventors contest. Under unclear circumstances the kids get trapped in the park, and turns out that they’re not alone.

Someone in the park watches their every move, and controls the evil bots located within the park. Therefore, the little inventors will need to use all their engineering skills in order to escape the amusement park before the Neighbor gets them.

Below you can watch the official announcement trailer for Hello Engineer.