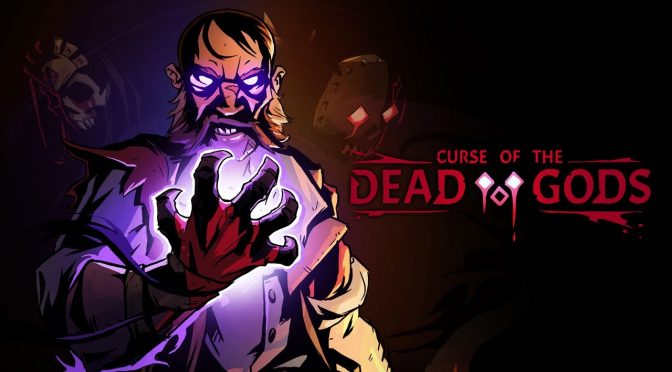 Curse of the Dead Gods is an upcoming rogue-lite Early Access title from Passtech and Focus Home Interactive. The Early Access will be starting on March 3rd and the game will be available on Steam.

Passtech Games is an independent video game studio founded in 2012 in Lyon, France, and composed of ten developers. Their first title was Space Run back in 2014. A real-time spaceship construction strategy game.

Later on they released a sequel called Space Run Galaxy, which enhanced the gameplay of the original, adding a ton of content and also an online experience. Their last game was Masters of Anima; an adventure that had strategic and action-packed battles with armies of allies and Golems to fight.

In Curse of the Dead Gods, you seek untold riches, eternal life, divine powers – it leads to this accursed temple, a seemingly-infinite labyrinth of bottomless pits, deadly traps, and monsters.

“Your greed will lead you to death, but that is not an escape. Rise to fight again. Delve deeper again. Defy the malignant deities that linger in this place. Battle through hordes of enemies in dark, cavernous passages filled with traps and secrets of all sorts – fire-spewing statues, explosives, hidden spikes, and worse.

Collect mystical Relics and an arsenal of weapons to make yourself unstoppable. Corruption builds in you with every step – encourage or ignore it, but each powerful curse can be a double-edged sword.”

Below you can watch the reveal trailer.

You can also watch nine minutes of exclusive gameplay below.

Lastly, Curse of the Dead Gods will be available through Steam for Early Access on March 3rd.