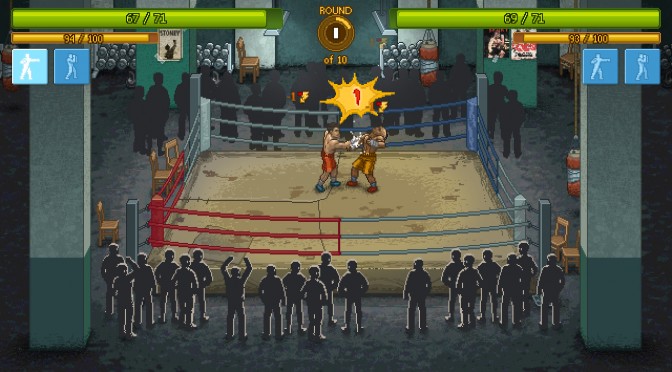 Before Punch Club was ever released publicly many of us were already intimately familiar with it as the developers let Twitch beat the game before it was released. This a good publicity stunt by the developers because it put their game in the spotlight at very little cost to them, so kudos to them on that aspect. My first impressions of Punch Club were that it was nothing more than Fighting Sim 2016, but it is much more than that. Let’s dig in. 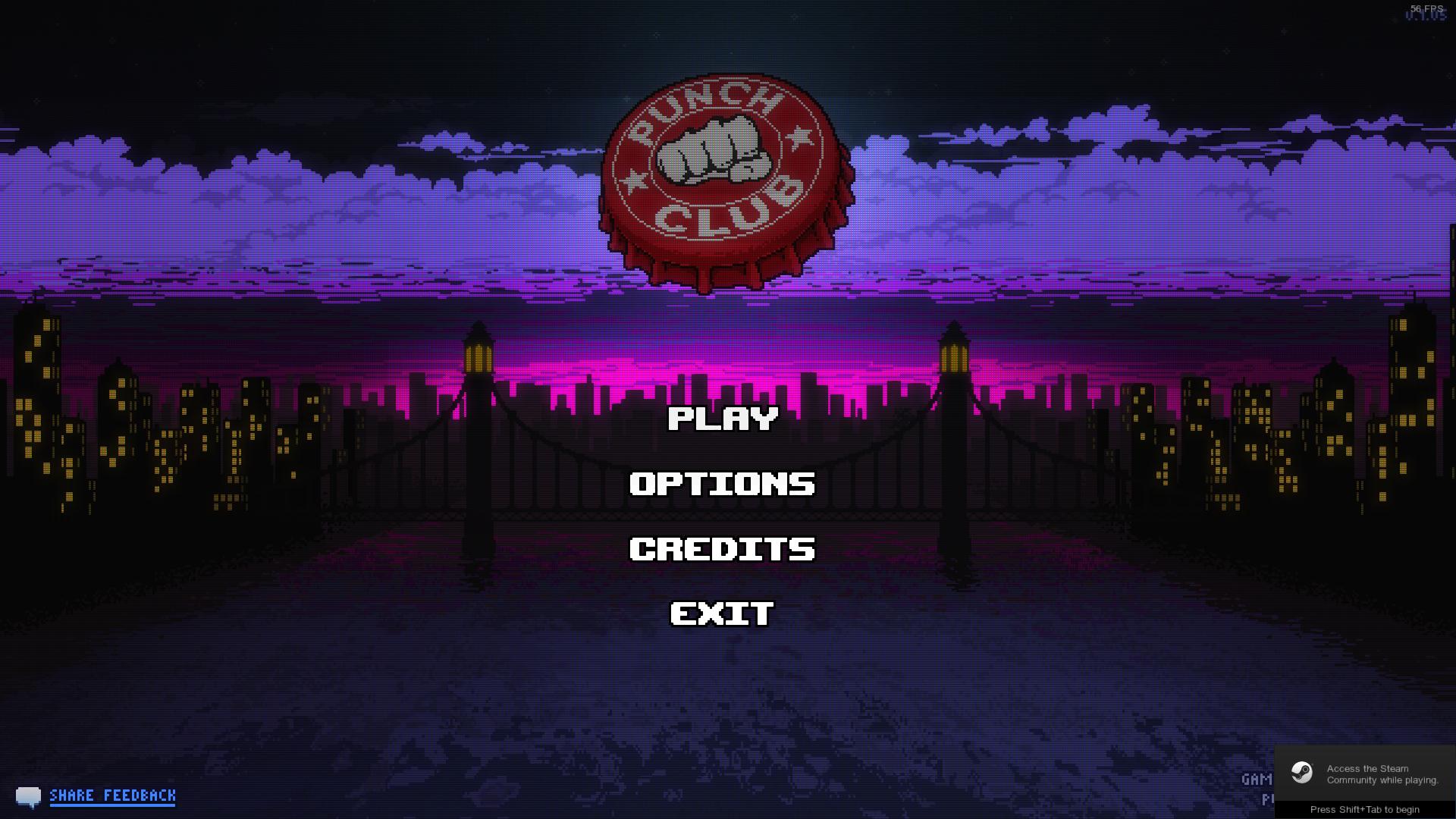 While disappointed I was that Punch Club wasn’t a Double Dragon esq game with RPG stat-building elements, I still enjoyed its resource management and strategic stat building elements. One of my biggest struggles while playing Punch Club was balancing working out and earning money. This task would have been a lot easier if your training meters didn’t deplete at the end of each day, but this challenge is what made Punch Club so fun. As the game goes on it gets easier to manage as you buy your own equipment and learn to manage your time better so don’t fret if you get stuck.

Punch Club is filled to the brim with great nostalgia inducing 8-bit tracks which you will eventually want to mute as they get INCREDIBLY repetitive, but are still good enough that after you take a break from the game for a few hours the backtracks stop being the mind-numbing drone that they were just hours earlier. I would have liked to hear more of a variety of tracks, but Punch Club aims to emulate an era of games that lacked the storage to contain a large soundtrack. 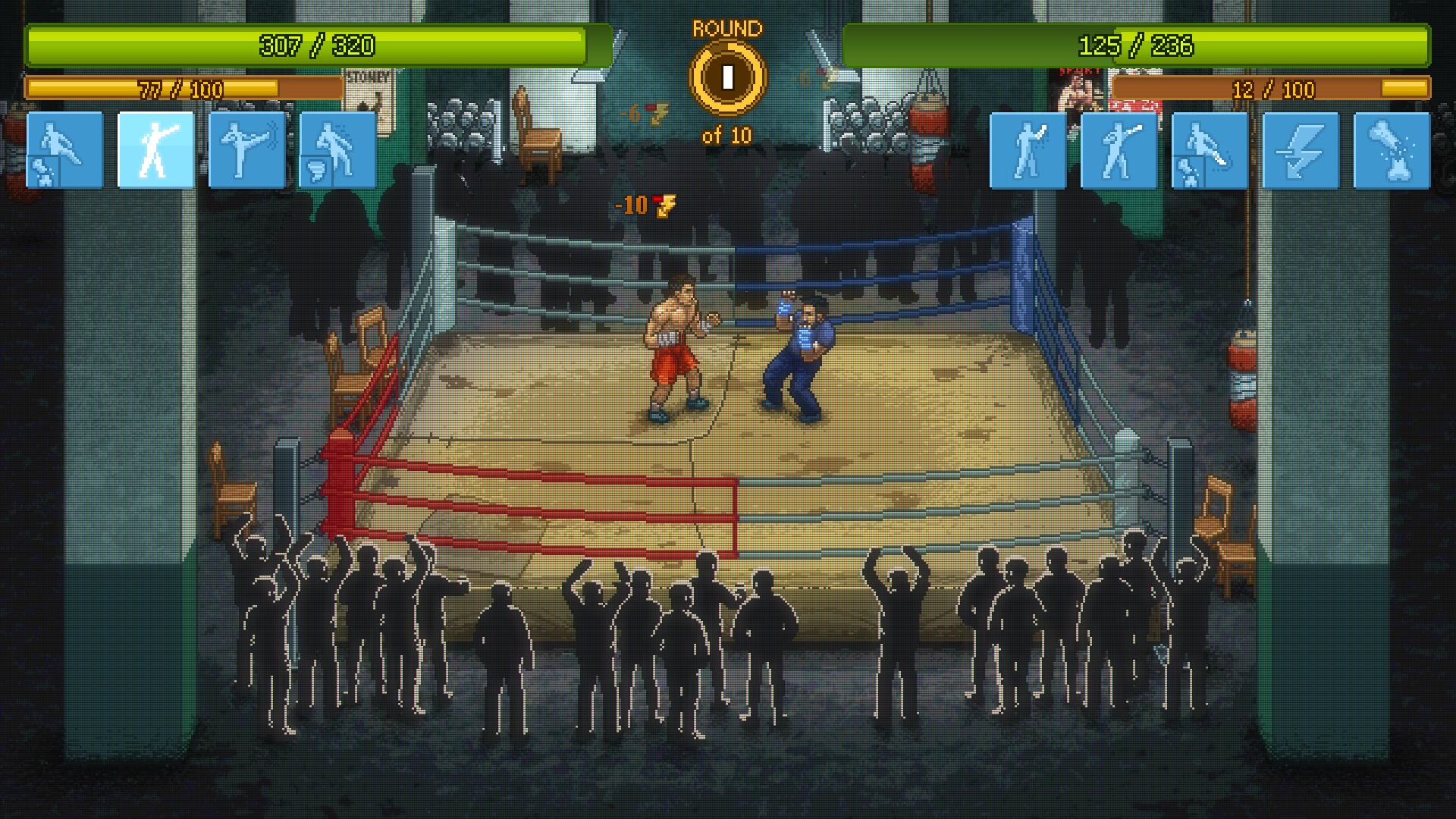 As goofy as the movies it pays homage to, Punch Club has as more cliched 80’s tropes than a Kiefer Sutherland film. While Punch Club’s story has a serious theme it remains light hearted by a means of hilariously bad dialog, bad stereotypes, and bad puns. In Punch Club you will engage in a variety of activities that will make you either scratch your head because of some distant déjà vu or you will chuckle to yourself because the reference is too obvious not to miss, like delivering pizzas to martial arts practicing sewer mutants….

Punch Club is set in a bright, colorful, 16-bit, fictional city. If you needed a kick of nostalgia to remind you of sitting in your living room playing games as a kid then Punch Club is just the correct dosage. Punch Club has some pretty detailed pixel art while not going totally over the top like the ultra detailed backdrops of Sword of Mana. I highly recommend the retro setting in the options menu. 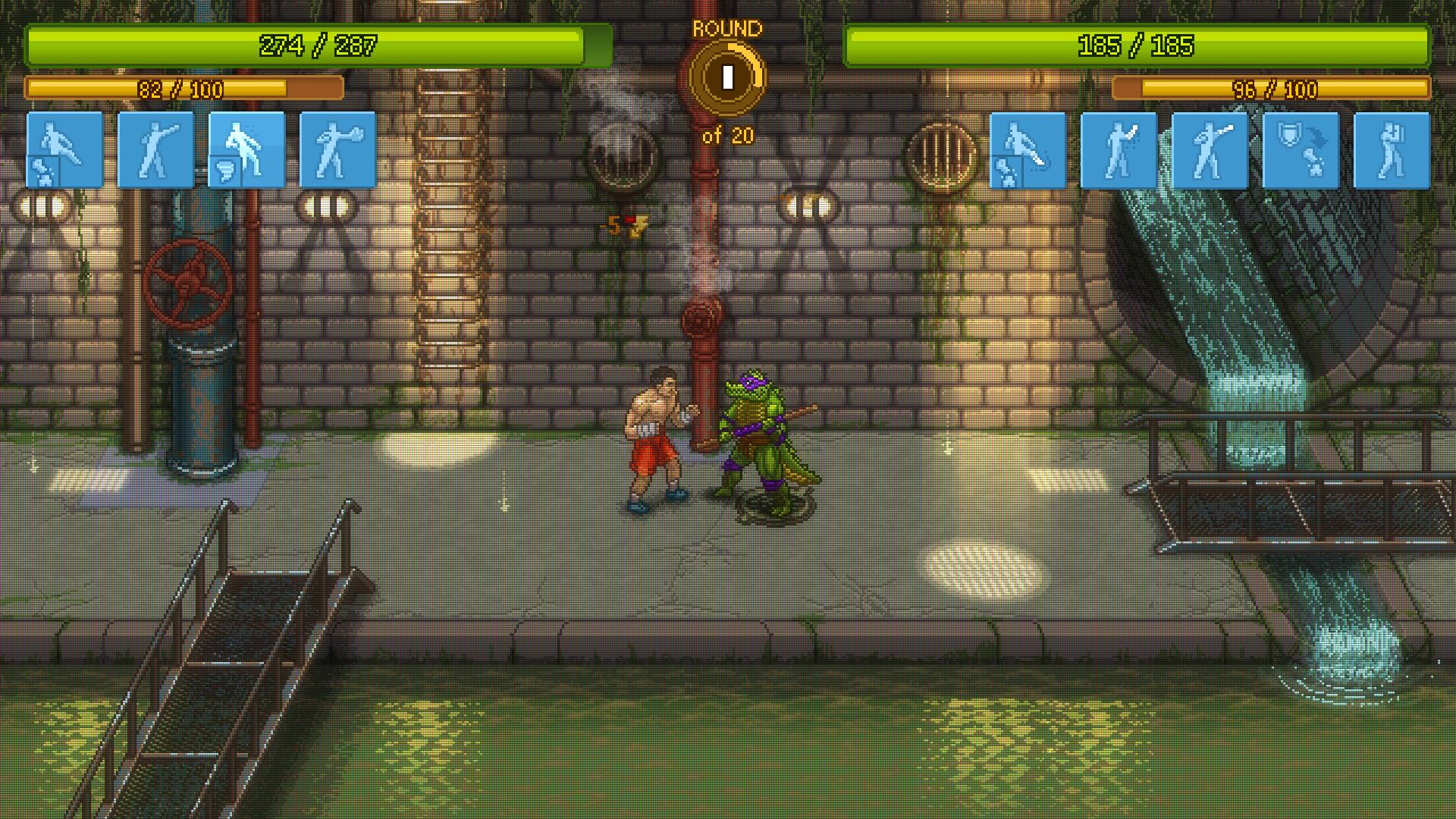 While it took me only 8 hours to finish Punch Club, not a minute of it felt like a chore and it was a lot of fun to see so many pop culture references packed in to one game. While a little pricy for so little gameplay it is still a really fun game to play. Punch Club is available on Steam and GOG. If $9.99 is too steep, Punch Club is also available for Android and iOS for a lower price of $4.99