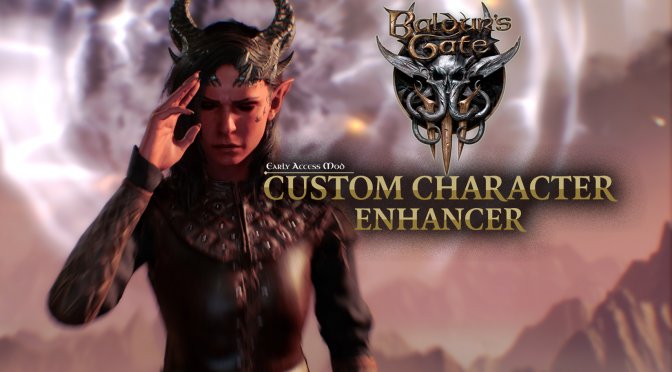 Baldur’s Gate 3 recently released on Early Access, and It’s already a success. On the launch date the Steam store suffered major issues due to the high demand of the title.

Baldur’s Gate 3 is the third installment in the role-playing series, and now features turn-based combat, instead of real time. The game is at least one year away from being final.

However, this doesn’t seem to bother modders. There are several mods already available on Nexus, and one of them is Custom Character Enhancer. Basically, the mod enhances the character creation with more choices. It adds multiple face and hairstyle options for you to choose from.

You can download the mod from here, and don’t forget to read the installation guide for the mod. Also, in case you like it, make sure to endorse the mod as it will really help its creator!