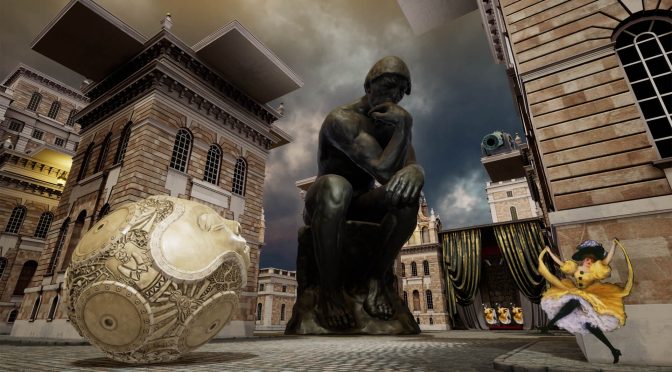 Roll through history, on the way crush, flatten, destroy or speed past your enemies as Rock of Ages 2: Bigger and Boulder will be released later this month.

Rock of Ages 2: Bigger and Boulder gives players the ability to control a massive boulder with the main goal in mind to destroy your enemies castle. Rolling down through levels of history players will be able to take shortcuts, dodge enemies that are trying to fend you off, destroy fortifications that were placed to slow you down and perform certain tricks to make the course easier for you to catapult down.

The boulder itself is quite interesting as the more players collide with solid objects the more the boulder begins to shrink, meaning the heavier the boulder is the more initial damage you will do to your enemies. All while you are rolling down the course so is your enemy, who is also controlling a boulder and trying to do exactly the same thing you are doing to him but to you, making it just that little bit more difficult. Before you get the ball rolling (excuse my pun) players also set up defences to slow down their enemies, which makes me think strategy may be much more apparent in this game then first suspected.

Players will be able to perform 2v2 online battles as well as split-screen.

Rock of Ages 2: Bigger and Boulder will be released on Steam on the 23 of August for only $14.99. All that buy the game within the first two weeks of release will also receive a bounus pack of Boulders inspired by The Binding of Issac.