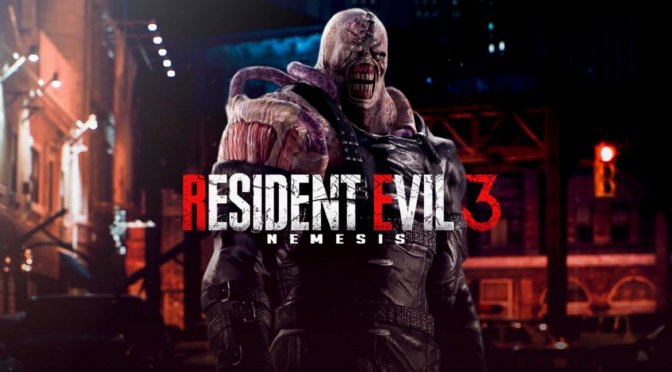 Resident Evil 3 Remake producer Masao Kawada and Peter J. Fabiano recently spoke with Famitsu regarding their upcoming Resident Evil game. They talked about the main characters Jill Valentine and Carlos Oliveira and also about the main antagonist, which is none other than the Nemesis, also known as Pursuer. Why is he called the Pursuer you might ask. Well, it’s simple, all  S.T.A.R.S. members must be pursued and killed.

The main concept of the game is basically the same, you are being hunted. In Resident Evil 2 Remake you were being hunted by the T-103 Tyrant, or better known as Mr. X. Though he was mostly confined within the area of the Raccoon city police department. He was more of a nuisance than a threat and you could easily avoid him completely if you were careful.

The concepts for the game are the fear of being pursued, using the process of escaping a base, Jill’s beauty, and depicting the fear of Nemesis known as the “Pursuer.”

The Nemesis is different, because he is actively pursuing you and you must escape him. You cannot hide or fight, your only option is to flee. Sometimes you had to choose what to do in specific sections and depending on your choice it could led towards a different path. At least that’s how it was in the original game and I doubt they will change that. They already stated that the remake will mostly follow the original.

Capcom not only rearranged Carlos’ appearances but also his personality. However, he likes joking around and talking idly, but the part about him actually being nice doesn’t change much. He connects with Jill through an organization called U.B.C.S., but he’s the kind of character that overflows with kindness and cares for his allies from the U.B.C.S. He’s a passionate man and there’s a scene that really shows it in the game.

As for our beloved Jill Valentine, they developers took caution not to ruin her image. Since the game is more action orientated, they didn’t want her to look uncomfortable during intense action being in a skirt. Of course you can still change her outfit since they will include her original outfit as bonus content.

As for Brad Vickers, we want you to see him in the game, but circumstances have changed a bit. He’s been doing all kinds of work together with his remaining buddies of S.T.A.R.S.

Resident Evil 2 Remake highlighted the fear of zombies while Resident Evil 3 Remake will highlight the action. The game is 90% complete and will release on April 3rd this year.

You can read the original article in Japanese here and you read the translated interview highlights here.

Thanks Famitsu and Siliconera.