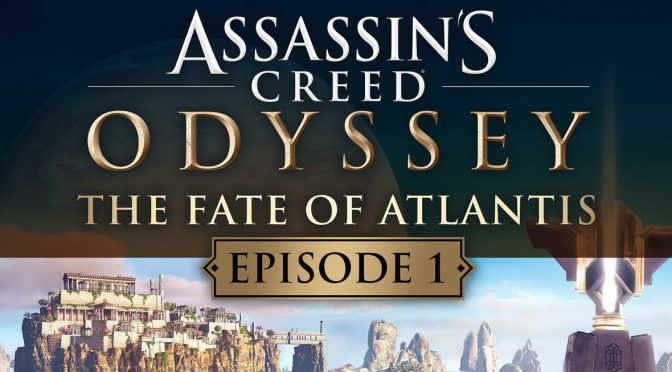 The first episode of The Fate of Atlantis is now free for all PC (Steam & Uplay) users until September 1st. Also the Season Pass will be 50% off during this time.

It looks OK but since I did not enjoy the main game, I doubt I will even come back. To be honest I had my fill of Assassin’s Greed. The last game I enjoyed quite a bit was Black Flag but even that was far from great. I think the series needs a break. Even so, free is free, so if any of you guys own the main game and had fun with it, you should go ahead and grab the free content.

From August 26th to September 1st, we’re giving away the Fields of Elysium, first episode of The Fate of Atlantis DLC, for FREE.

Discover the paradise of Elysium and what sinister secrets are hiding behind its beautiful façade.

In addition, the Season Pass is 50% off from August 27th until September 1st. The Season Pass includes the full Legacy of the First Blade and Fate of Atlantis story arcs plus Assassin’s Creed® III Remastered!

The Assassin’s Creed Odyssey base game is required to access season pass content, including the Fields of Elysium episode.

You will find more information and help with this giveaway and the Season Pass discount on our dedicated FAQ.

Also here is the trailer in case you missed it.

The first episode of The Fate of Atlantis is available now.