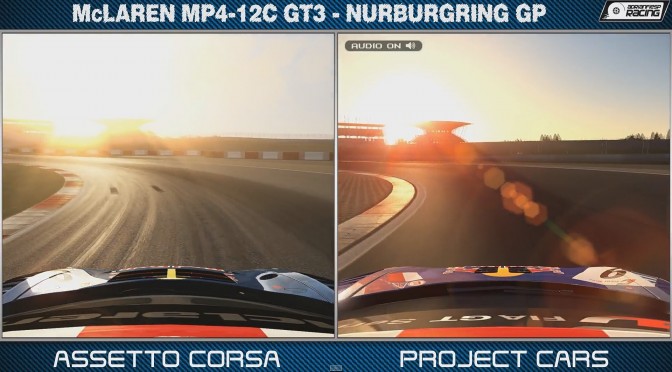 YouTube’s member ‘ADRIANF1esp’ has shared with us a video comparison between the final version of Assetto Corsa and the latest beta build of Project CARS. As ADRIANF1esp described, this is a graphics and video comparison, showing a dawn lap at Nurburgring GP circuit with the McLaren MP4-12C GT3 in both. Enjoy!