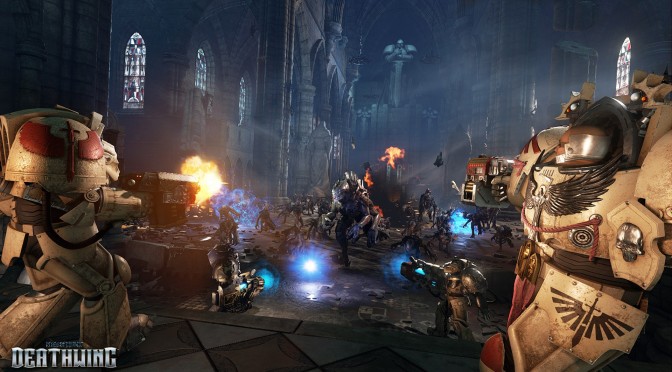 Focus Home Interactive has released a new set of screenshots and some new details about Space Hulk: Deathwing. Space Hulk: Deathwing? is a First-Person Shooter experience of Games Workshop?s classic Space Hulk boardgame set in the universe of Warhammer 40,000, developed on Unreal Engine 4 by Streum On Studio, the team behind E.Y.E: Divine Cybermancy.

Published by Focus Home Interactive and co-produced by Cyanide Studio, Space Hulk: Deathwing offers players the chance to experience a desperate battle against Genestealers in the claustrophobic tunnels of a Space Hulk, as they will gain skills, new abilities and new equipment thanks to experience earned during perilous missions.

Players take on the role of a Space Marine from one of the most secret and most feared Space Marine Companies: the Deathwing from the Dark Angels. Strap on your Terminator armour and equip the emblematic weaponry of the Space Marines to overcome the threats awaiting you in the Space Hulk. As a Librarian, you will also master the destructive powers of the Psykers. Your skills and performance in battle grant you Fervor Points, to spend on 4 skill trees allowing you to improve your abilities, unlock new powers, access powerful relics and devastating new weapons.

Additionally to its solo game mode, Space Hulk: Deathwing features class-based cooperative team-play and will demand not only savvy hand-eye coordination, but also clever use of squad tactics coordinated by the Librarian; the leader of your Terminator squad. Each player will make use of their role and specialization to wade through swarms of approaching Genestealers, and reach objectives as you advance through the story.

Streum On Studio have crafted a dynamic AI system that scales attacks depending on the ability of the player squad, ensuring players will always be challenged. If you’re doing well, the Genestealers will intensify their assault, but as you begin to weaken, they’ll not unnecessarily risk their numbers. You’ll have to work as a team in multiplayer – or give the right orders to your AI squad in single player – to survive the harsh realities of war in a Space Hulk. 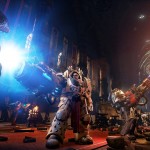 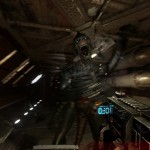 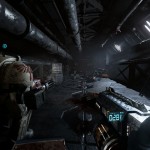 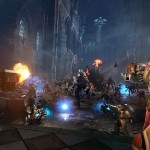