Okay, this is too good to be true and we’re pretty sure that there is a huge mistake. But hey, imagine if this is actually true. According to Rockstar’s upcoming event list, a Multiplayer Event for Red Dead Redemption: Game Of The Year Edition will be held on September 13th. The weird thing here is that Game For Windows Live is listed alongside Xbox LIVE. This obviously does not mean that Red Dead Redemption is coming to the PC on September 13th, however an announcement could be imminent. Now this could very well be a mistake from Rockstar themselves, so don’t get your hopes up and take it with a grain of salt. You can view below a screenshot from that event. Special thanks to NeoGAF member ‘MrOogieBoogie’ for spotting it!

Red Dead Redemption is one of those few games from Rockstar that were never released on the PC. The company did not provide any information about that decision, even though a lot of gamers wanted this game to be ported on the PC. There were a lot of petitions, and although Rockstar acknowledged the high demand, they simply refused to give in to the fans demands.

As said, this could very well be a mistake. Perhaps someone used the same image from GTA IV’s MP Event. In other words, this does not confirm anything yet, therefore we’ll say it one more time – don’t get your hopes up just yet. 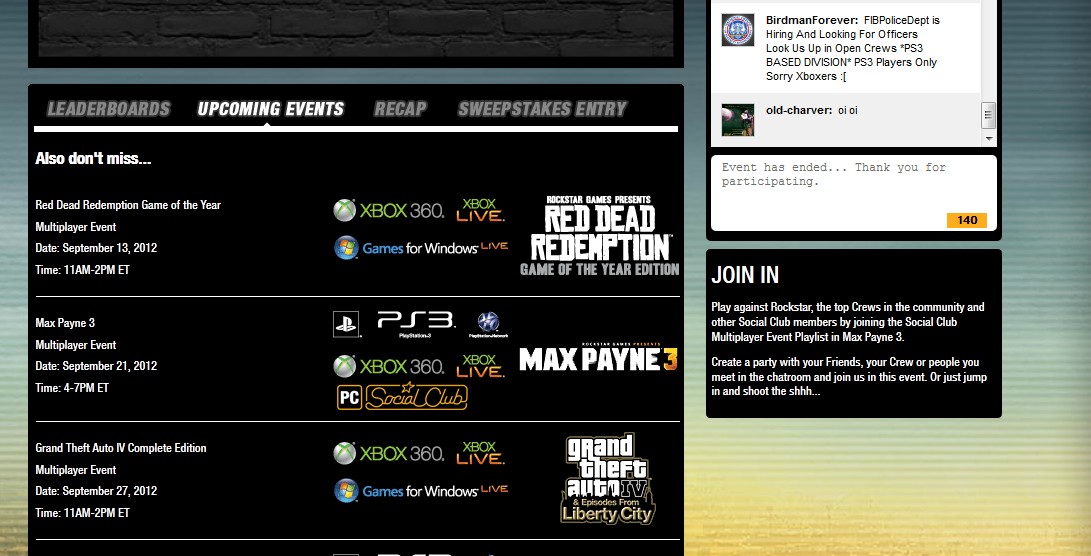 Rockstar has removed the Games For Windows Live tag from Red Dead: Redemption’s Multiplayer Event. Question now is – was that a mistake or did they web designers leak an imminent announcement of Red Dead Redemption PC?