Let they hype begin. Yesterday, a website – that is supposedly a teaser for Fallout 4 – shared a new morse code, hinting towards a possible reveal of Fallout 4. Even though it has not been confirmed yet whether that website is legit or not, (thanks Mark for pointing out) Austrian online store Gameware has already listed Fallout 4 for PC, Xbox One and PS4.

According to the Austrian store, Fallout 4 will be priced at 69.99 euros on both PS4 and Xbox One. The PC version, on the other hand, will cost 59.99 euros. What’s interesting here is that this fourth part of the Fallout series will be only coming on next-gen platforms. 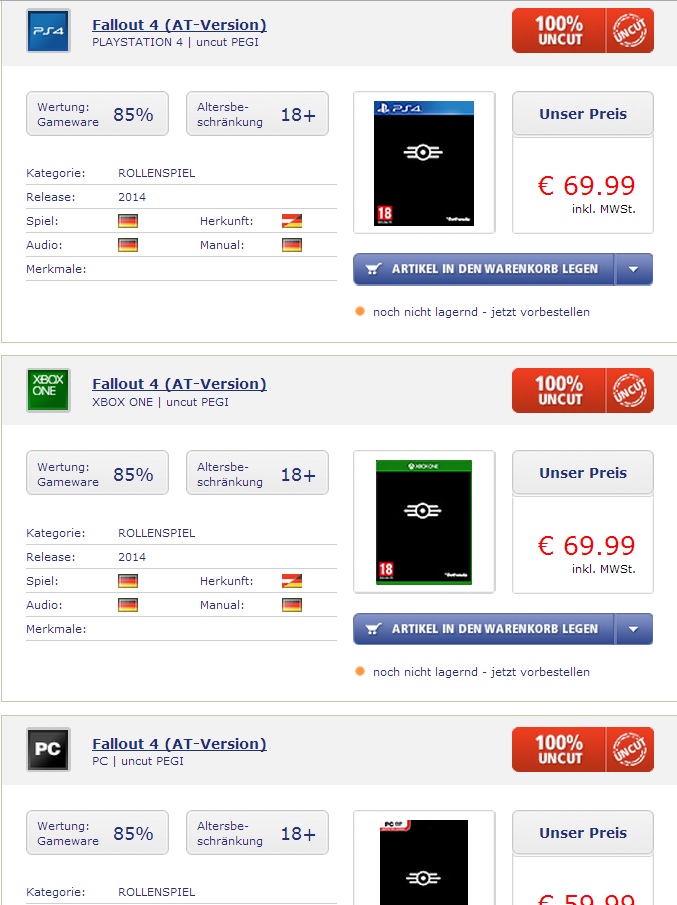 The reason we are reporting this story is because Gameware was spot on with the releases of both Injustice: Gods Among Ultimate Edition and the next-gen Tomb Raider port. In fact, Gameware was among the first listing those games way before they were officially announced.

Rumor has it that Fallout 4 will be unveiled this Saturday on VGX 2013.

As always, take everything you just read with a grain of salt.