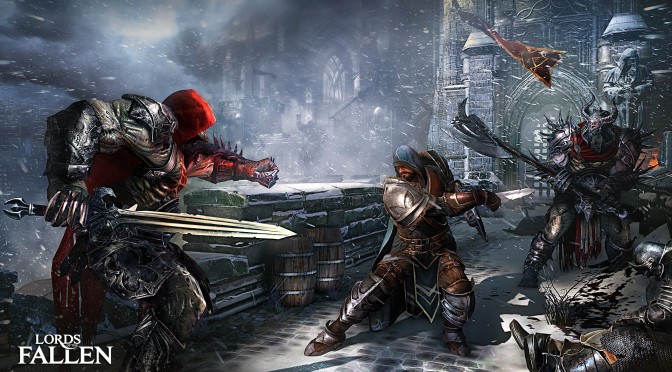 Well, time for some exciting news everyone. Lords of the Fallen was released three days ago and surprisingly enough, CI Games’ latest action RPG has not been cracked yet. That’s a real accomplishment, considering that most PC games are cracked just mere hours after their official release.

Lords of the Fallen uses a new DRM solution from Denuvo. According to its description, this DRM has new code protection features to stop the latest cracking software and cracker issues. This DRM was also used in FIFA 15; a game that has yet to be cracked.

Lords of the Fallen is also plagued by various performance issues. Some users reported that this DRM may be the cause of the game’s crashes and poor performance. CI Games, on the other hand, offered a guide via which players can disable PhysX effects in order to improve stability.

The company is also working on a patch that will – hopefully – fix all of the game’s issues. The official Twitter account is currently filled with posts about the game’s stability issues. Therefore, our Performance Analysis will be slightly delayed. For the time being, we strongly suggest waiting until you jump in and purchase it.

Whether this new DRM is the cause of the game’s major issues is yet to be proved.

Still – and for what is worth – Lords of the Fallen has managed to beat crackers… at least for the time being.

Lords of the Fallen releases today in UK and in other regions. The game was released on October 28th in some other regions and North America.