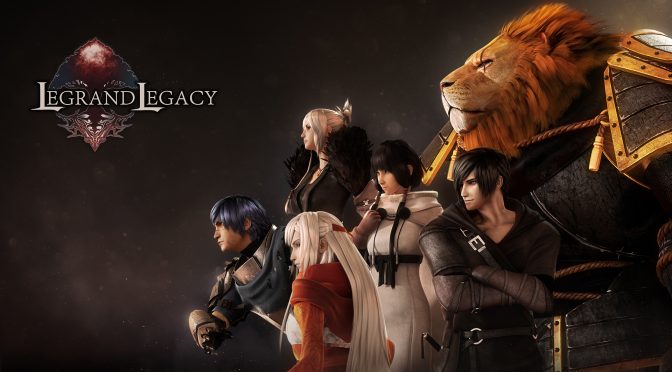 Semisoft has announced that its crowdfunding campaign for Legrand Legacy has launched on Kickstarter. What’s really cool here is that gamers can download a  playable pre-alpha Prologue Chapter, before pledging a single penny, that can take up to three hours to complete, and can help shape the final game with their feedback.

Legrand Legacy is a tactical turn-based JRPG that takes players on a journey through a chaotic world that’s torn apart by civil war and threatened by an otherworldly invasion.

Players take the role of Finn, the reluctant leader of a band of unlikely heroes, who soon discovers that the true peril to their universe lies within themselves.

The game aims to combine beautiful hand drawn backgrounds with highly detailed character models and environmental effects, to deeply immerse players in the world of Legrand.

“Being a JRPG lover myself, I was heavily inspired by classics such as Legend of Dragoon and Suikoden. Together with the SEMISOFT team, we started to work on Legrand Legacy back in 2014, with the aim to create something that can stand proud among quintessential examples of the genre.” said . “Our pre-alpha Prologue Chapter, we believe, really showcases our talent and ability to deliver Legrand Legacy to a standard of which we can be proud of, and that players will find truly memorable. We look forward to hearing your comments!”

Semisoft aims to raise £85K in total in the next 29 days.