Intel has shared the first Ray Tracing gaming benchmarks for its upcoming high-end Arc GPU, the A770. According to the blue team, the Intel Arc A770 will be around 25% faster in games that use Ray Tracing effects.

Going into more details, Fortnite, Metro Exodus, Dying Light 2 and F1 2021 appear to be running significantly faster on the Arc A770. However, and to its credit, Intel also included some games in which the RTX3060 outperforms the Arc A770. These games are Guardians of the Galaxy, Battlefield 5 and F1 2022. 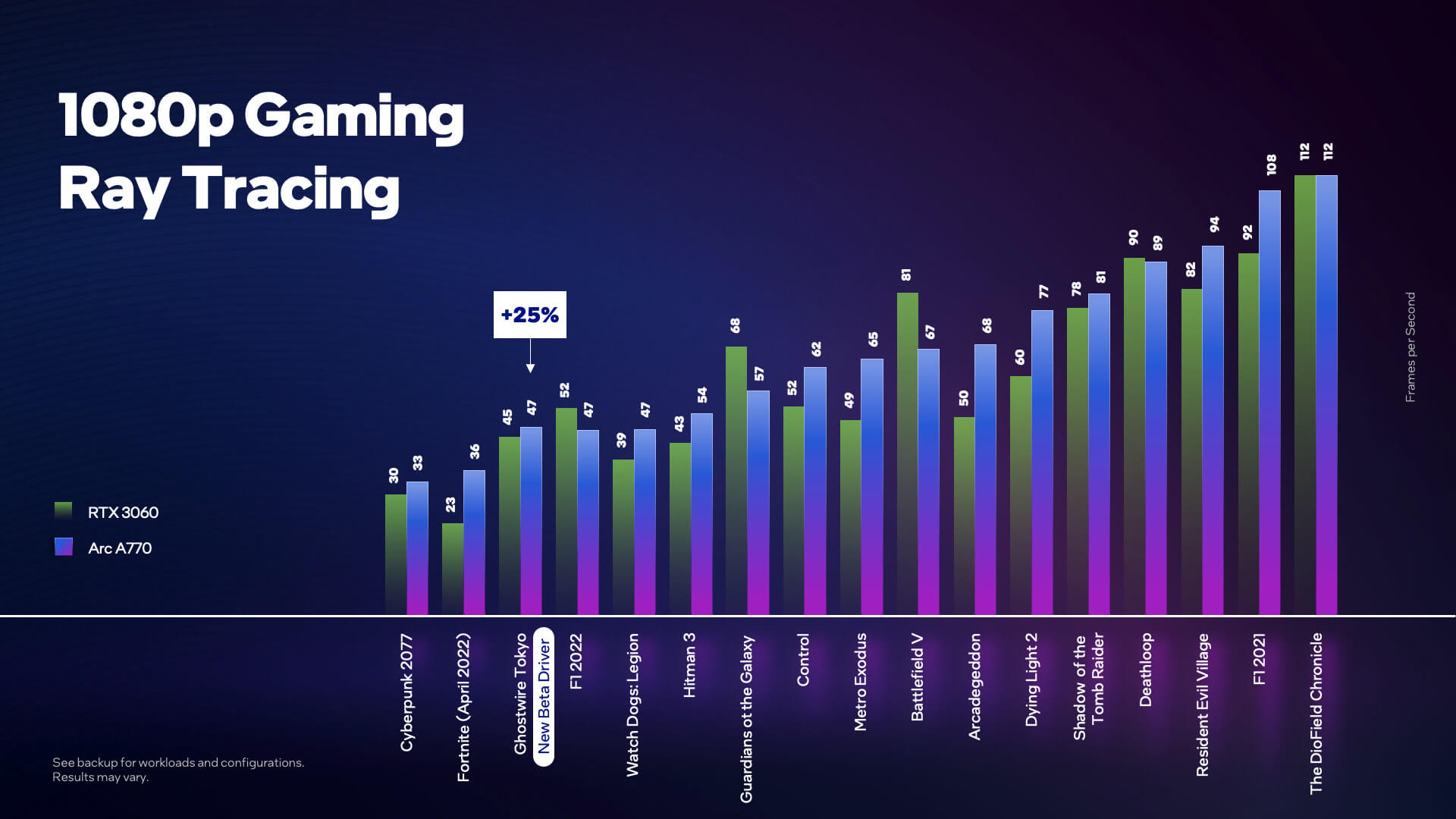 Intel has also shared some 1440p benchmarks for the Arc 770, with and without XeSS. Intel XeSS is Intel’s answer to NVIDIA’s DLSS. In the following graph, the blue team used its Balanced and Performance modes in order to showcase the performance boost that Intel owners can expect from it. 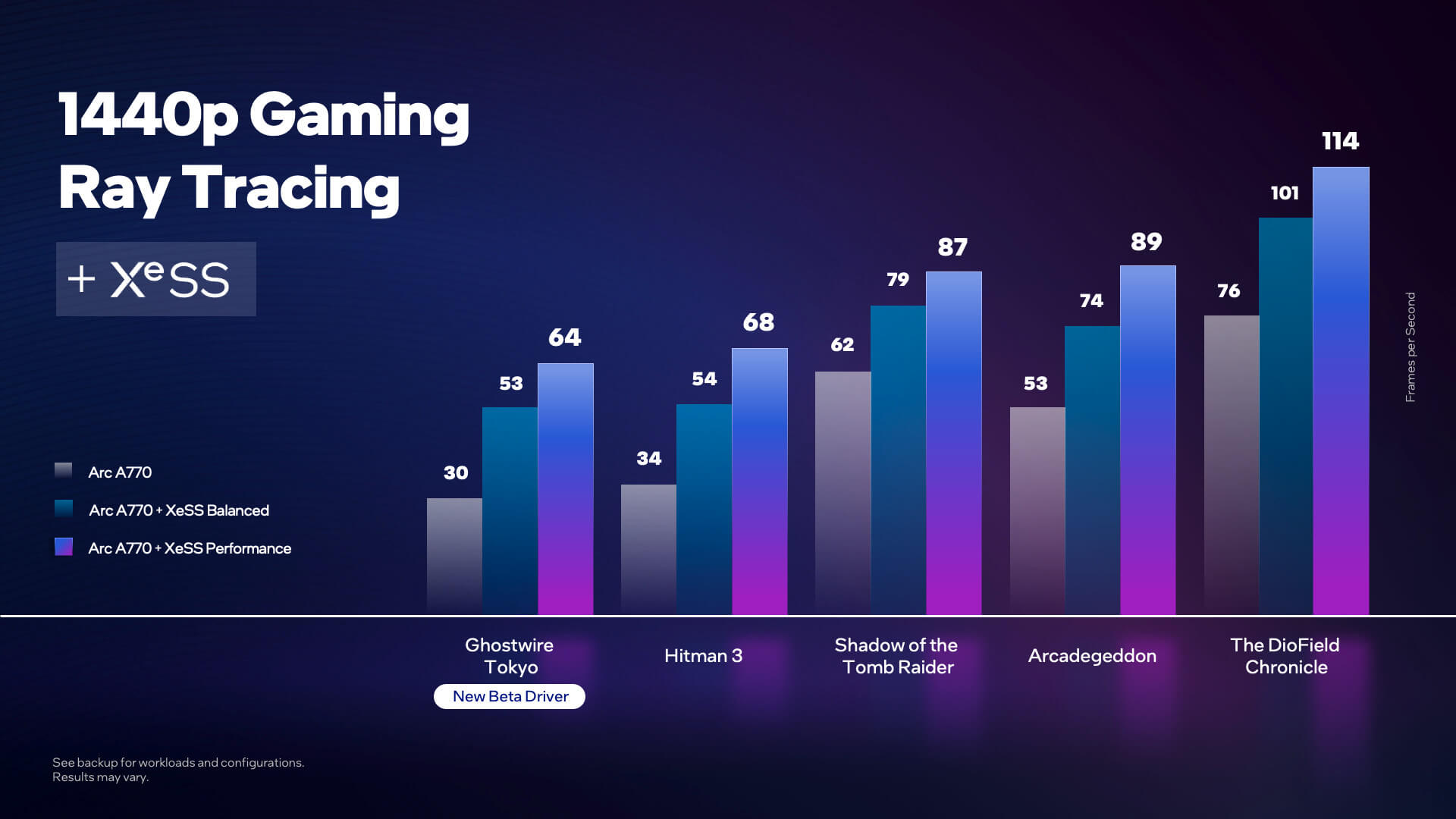 In conclusion, there is good and bad news. The good news is that Intel’s brand new GPU is able to compete with the second-generation Ray Tracing performance of the RTX3060. The bad news for Intel is that NVIDIA will soon release its Lovelace GPUs (which will obviously feature better Ray Tracing performance). Not only that, but Intel won’t offer any GPU that can rival the RTX 3080 (let alone the RTX 4080 or the RTX 4090).