IllusionStar Games has announced that after months of testing both Unreal Engine 4 and CRYENGINE, the later engine will be the official game engine for all its titles. The company did not reveal why it has chosen Crytek’s engine over Epic’s engine, however it did confirm that it is currently working on two unannounced titles. 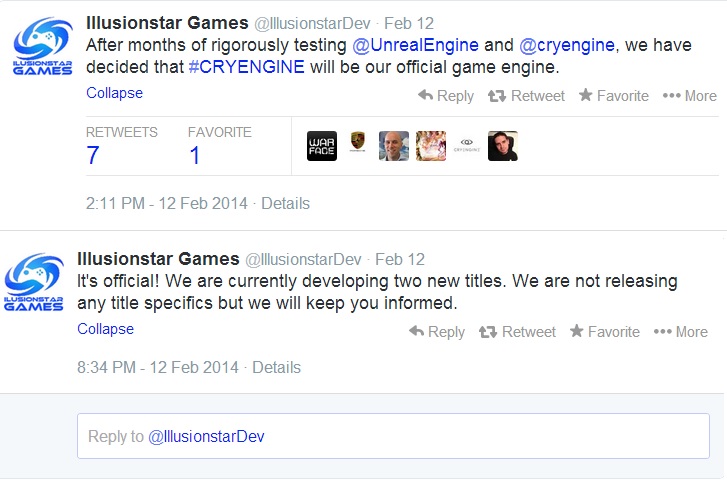 Illusionstar Games has taken over development of one of Syfive Entertainment’s titles. Unfortunately, the team did not reveal any additional details about its unannounced games.

Illusionstar Games is said to be a privately owned independent video game developer and publisher. According to its description, the Studio is home to a talented team dedicated to developing the highest quality AAA titles for next-gen consoles and PC.