Well, we all saw that coming but deep inside us we all hoped that Bethesda would not do something like that. When John Carmack left id Software, a lot of us wondered what would happen to his yearly QuakeCon speech. Carmack’s QuakeCon talks are phenomenal and can be easily described as the highlight of QuakeCon. Unfortunately, Carmack has confirmed that he won’t be present at this year’s QuakeCon. 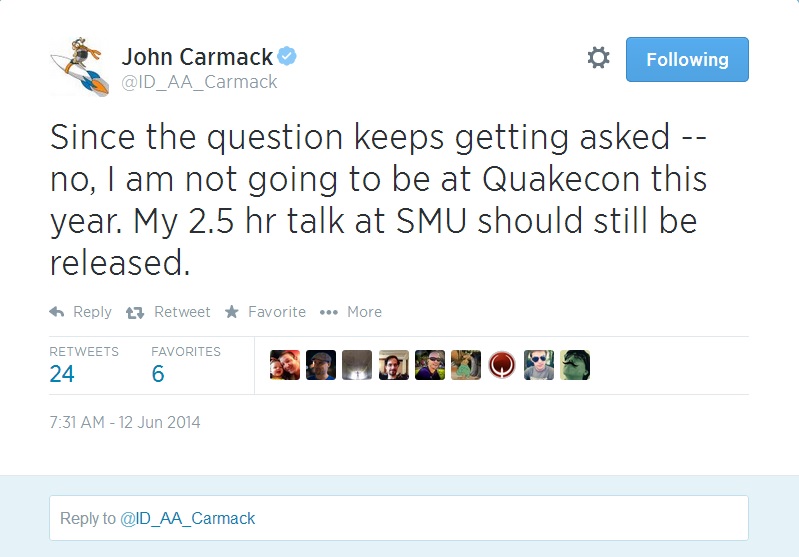 We are pretty sure that Bethesda/Zenimax decided to leave Carmack outside of QuakeCon due to the former’s latest accusations of Carmack stealing VR Tech from them.

Last month, Zenimax sent a formal notice of its legal rights to Oculus concerning its ownership of key technology used by Oculus to develop and market the Oculus Rift.

John Carmack replied and claimed that no work that he has ever done has been patented, and that while Zenimax owns the code that he had wrote, it does not own VR.

All in all, this is an end of an era for QuakeCon. We kind of hoped that Zenimax would still keep Carmack’s keynote but it seems that the company is not interested in what its fans want. From a marketing point of view, there is no reason at all to have in that event an antagonist, and that’s what this industry is all about. Business, business, business… and then some more business.