And it appears that the backlash was too much for EA and Disney to handle. According to reports, Electronic Arts has removed the microtransactions from Star Wars: Battlefront 2. The game has just gone live in UK and it doesn’t have any microtransactions.

Crystal packs are also gone from EA’s Origin, as we can see below. Amazon has also stopped selling Crystal packs, so this feels like the real deal. 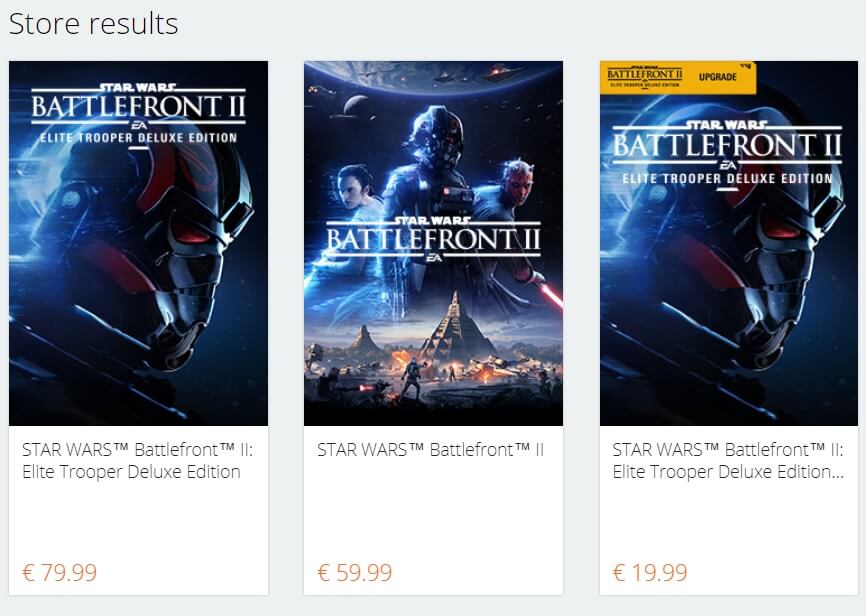 What ultimately this means is that players can no longer buy crystals with real money. Therefore, all gear and Heroes will be earned via progression. We don’t know whether this will have any effect on the game’s economy, however it appears that microtransactions have been removed.

EA will most probably issue an official statement in the next few hours, so stay tuned for more!

EA has issued an official statement, confirming the removal of crystals. As such, and at the moment, every gear and Hero will be earned via progression. However, there is a catch. The publisher claimed that it will enable the ability to purchase crystals in-game at a later date. This will be done only after EA has made changes to the game. Therefore, it’s not a big win for customers. Or if you like it, it’s a win for all day-1 gamers!