As you may have noticed, during the past few months we’ve not shared any stories regarding DLCs (unless of course we’re talking about free extra content). You see, we believe this is the cancer of gaming, which is why we took the decision to stop covering such stories. Unfortunately, however, DLC and Extra Content are not going anywhere as companies like EA make A LOT of money by selling them.

According to Electronic Arts’ latest financial stats, the company earned $195 million by selling extra content for its various games in Q2 2016. During that same period, the company earned $89 million by selling full games digitally. Yeap, you read that right. EA has earned more than 2X more money from Extra Content than from full-length digital games. 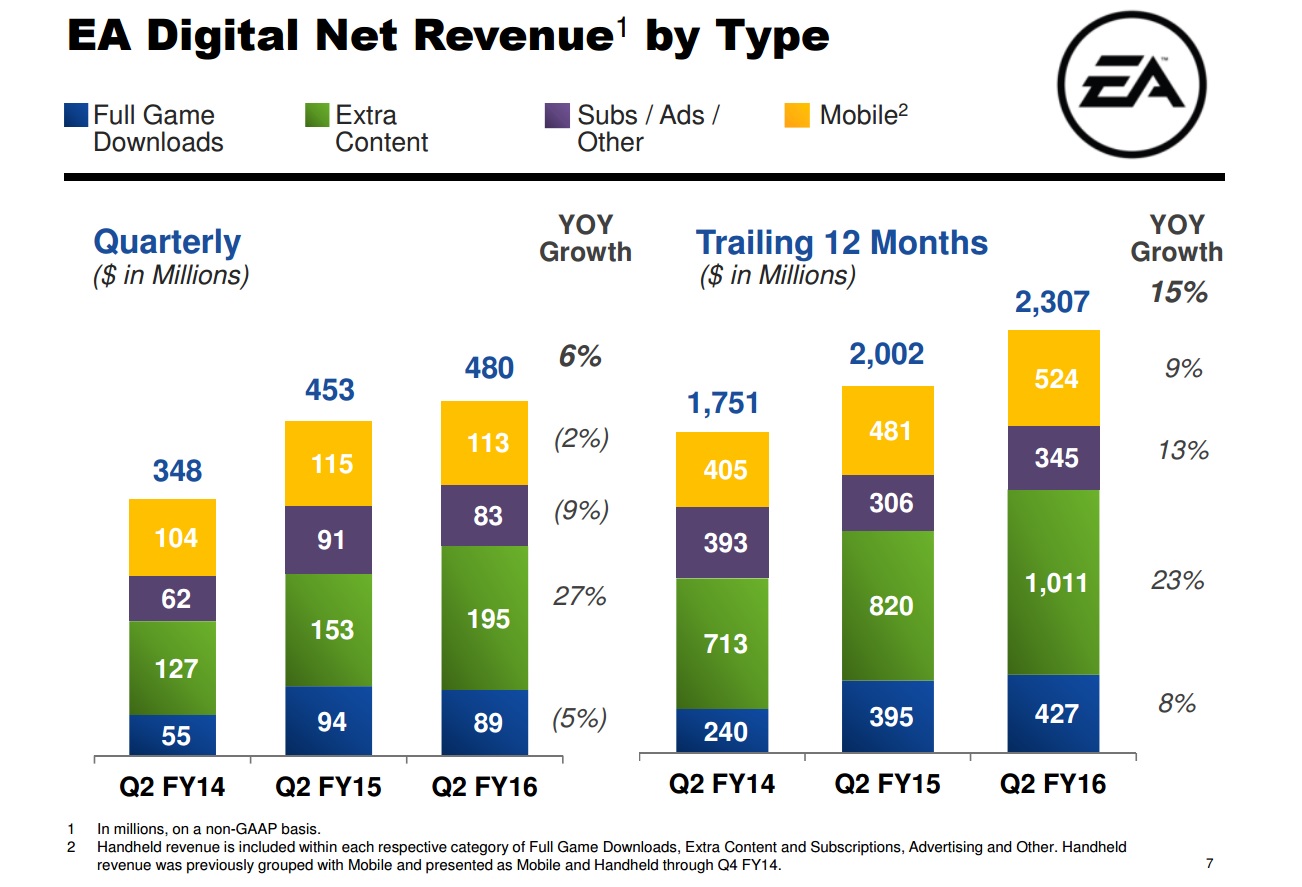 Our biggest fear here is that the aforementioned stats may force EA – and other publishers – to cut content from their games on purpose. Not that this is not happening as we speak, but things could get worse. Not only that, but there is a high chance we kiss modding tools goodbye (again, not that this is something that’s not happening today as DICE did not provide mod tools for Battlefield 3/4, but still).

What worries us is the fact that the sales from Extra Content/DLCs are constantly growing. After all, that particular category saw the biggest year-over-year growth (27%).

And from an economical point of view, EA is doing the right thing. And since this category is so profitable – and it’s still growing – EA (and other publishers) should be nuts to ignore it.