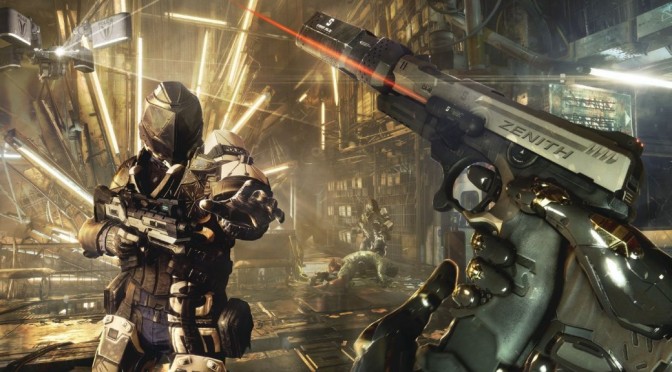 Square Enix and EIDOS Montreal have officially announced Deus Ex: Mankind Divided. In order to celebrate this announcement, a new CGI trailer has been released that can be viewed below. Oh, and in case you’re wondering; this new Deus Ex game will support both DX12 and TressFX 3.0.

Deus Ex: Mankind Divided takes place in 2029, two years after the events of Human Revolution and the infamous ‘Aug Incident’ in Panchaea that resulted in the death of millions at the hands of those who had installed augmentations. This event has created a huge divide between those who have augmentations, and those who do not. Amongst this emotional turmoil are various factions looking to manipulate the public by twisting public opinion of augmentation to further their own agenda and hide the truth of what really happened.

Deus Ex: Mankind Divided also continues the story of Adam Jensen, a former biotech company security chief turned super-augmented, anti-terrorist agent playing by his own rules. Jensen has been empowered with all new augmentations, enabling him and the player a greater sense of self-control as they explore all new locations in-game. As social and political tensions reach a major turning point, Jensen and conspiracies surrounding the Illuminati continue toward an inevitable crossroads … and possibly, an epic showdown.

“For 15 years, Deus Ex has been a point of conversation across the games industry and beyond, whether the topic is the franchise’s unique gameplay or topical narrative focused on advanced biotechnology and human augmentation. What began with Deus Ex: Human Revolution goes to a whole new level in Deus Ex: Mankind Divided, diving even deeper into this discussion and, in turn, offering fans an all-encompassing experience, one which will challenge their skills as players and emphasize decision-making based on real world topics.”

Deus Ex: Mankind Divided will also mark a new era in Eidos-Montréal’s technology, utilizing the advanced visual and immersive capabilities of the Dawn Engine, specifically built for the recent generation of consoles and PC. Under the umbrella of the Gaming Evolved program, AMD and Eidos-Montréal have been collaborating on Deus Ex: Mankind Divided, and the game will feature Microsoft’s DirectX 12 support as well as AMD’s TressFX.