According to reports and various comparisons, the PC version lacks ambient occlusion, bokeh DOF (Editor In Chief: This is debatable. Bokeh is used in some occasions on the PC, however it is underused compared to the console build) and rain textures/shaders. Moreover, some textures seem to be of a lower quality from those found on the PS4 version, suggesting that there is seriously something really weird going on with the build that is currently available on Steam. In the first comparison, PC is on the left whereas Xbox One/PS4 is on the right. 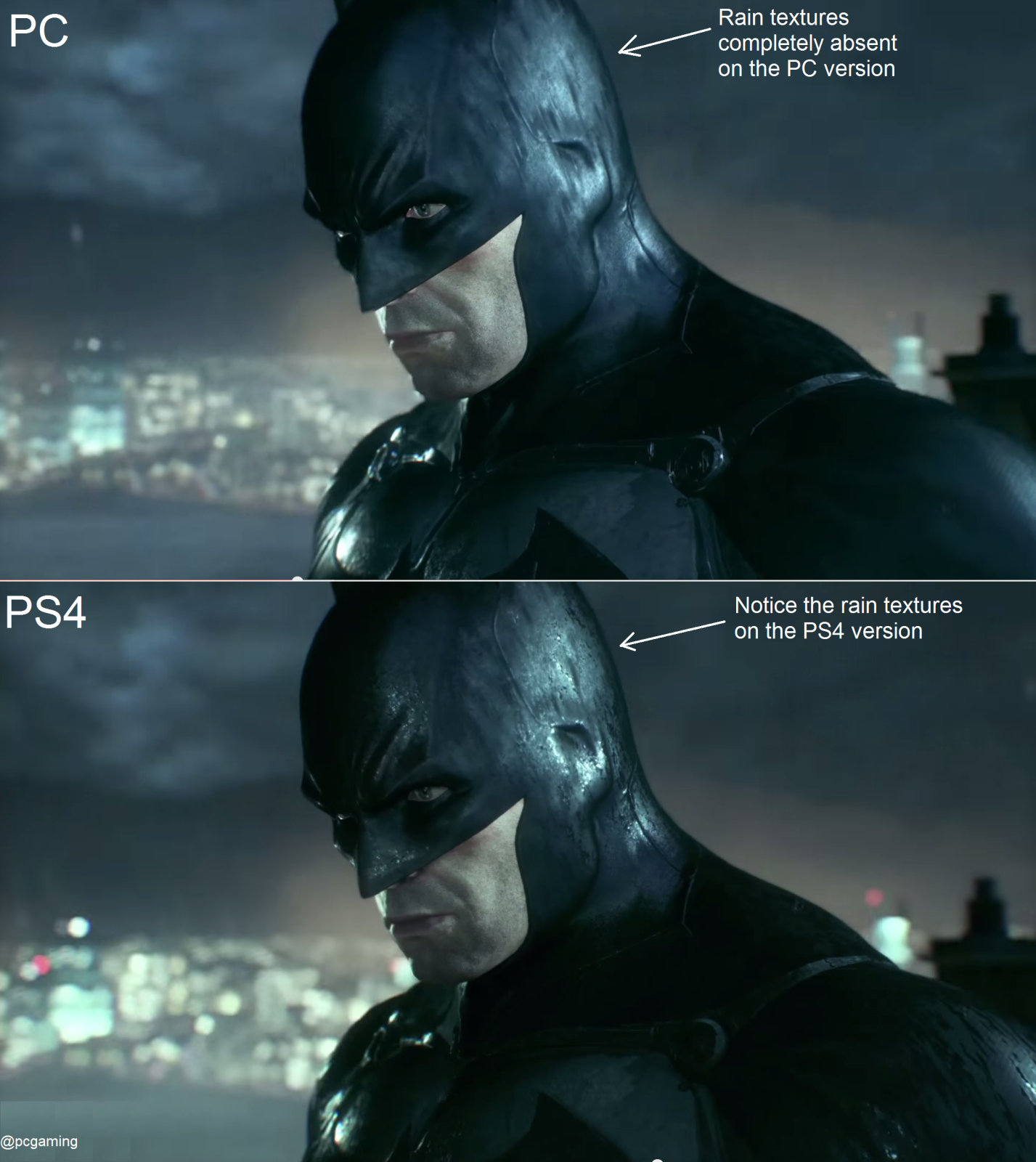 And if that wasn’t enough, it appears that the PC version was developed/ported by 12 people (at least according to the end credits).

At this point, I’m not sure whether the PC version of Batman: Arkham Knight can be properly fixed. Sure thing, Iron Galaxy will try to improve the game’s performance, however it remains a mystery whether the missing graphical effects will make a return or not.